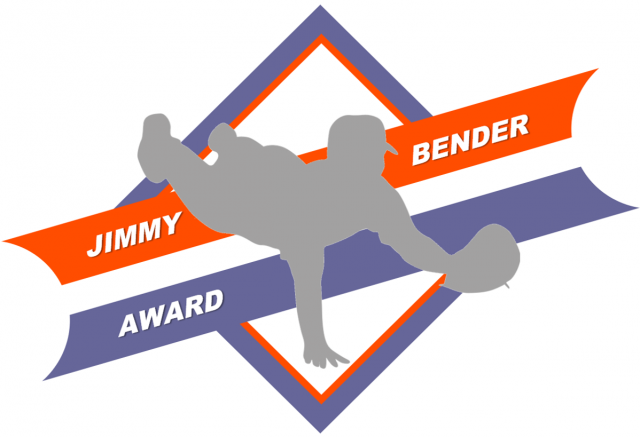 In 1968 Jimmy Bender of South Youth League died as a result of injuries he received after being struck by a ball. The "Jimmy Bender Award" has been established in his honor. This award will be presented to a player who most exemplifies those qualities which has made Evansville Youth League Baseball a program we can all be proud of.

The player who most demonstrates leadership, sportsmanship, determination and hustle during the regular season will be awarded a plaque in Memory of Jimmy.

Anyone wishing to nominate a player, submit a letter to the league president. The selection of teh award recipient will be determined by the Board of Directors of Evansville Youth Baseball, Inc.